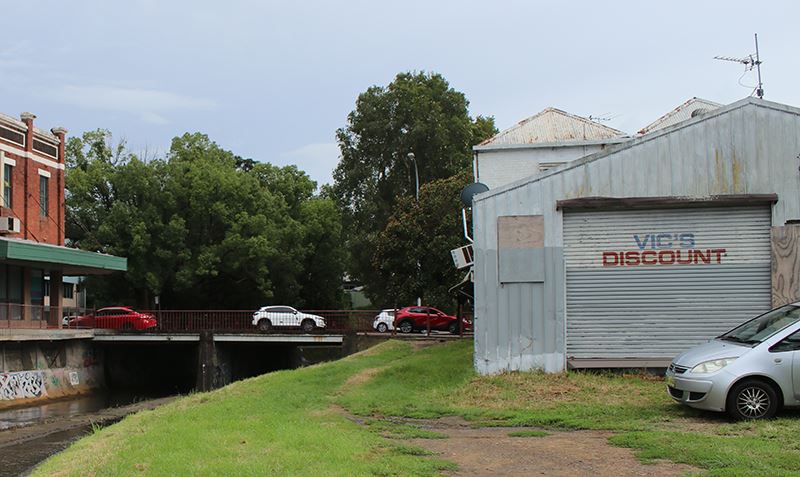 City of Newcastle is taking further steps to facilitate works to mitigate flooding in the Wallsend town centre with tenders called to demolish the vacant building next to Nelson Street bridge, which will allow the future widening of Hunter Water’s Ironbark Creek stormwater channel.

Newcastle Lord Mayor Nuatali Nelmes said the demolition is an essential step to allow the stormwater channel to be widened and avoid the catastrophic flooding that has occurred on a number of occasions since the Pasha Bulker storm in 2007.

“Demolishing this building which we strategically acquired in 2018 is part of our more than $20 million commitment to address flooding in Wallsend,” Cr Nelmes said.

“We’re continuing to work with Hunter Water as the asset owners of the channel on funding for a capital program to widen its stormwater channel to help us protect people and property exposed to the dangers and damage of flooding.

“Expansion of the stormwater channel, together with our replacement and raising of the Nelson and Boscawen Street bridges and upgrade of the culvert beneath Cowper Street Bridge, will significantly reduce flooding in the town centre.

“We are committed to delivering the Ironbark Creek Flood Mitigation Plan in conjunction with significant amenity upgrades to the Wallsend town centre, which will support businesses and residents.”

It is expected that demolition of the building on Nelson Street will take place in the coming months.

Detailed design of the replacement and raising of the Nelson and Boscawen Street bridges is scheduled to commence later in 2021.